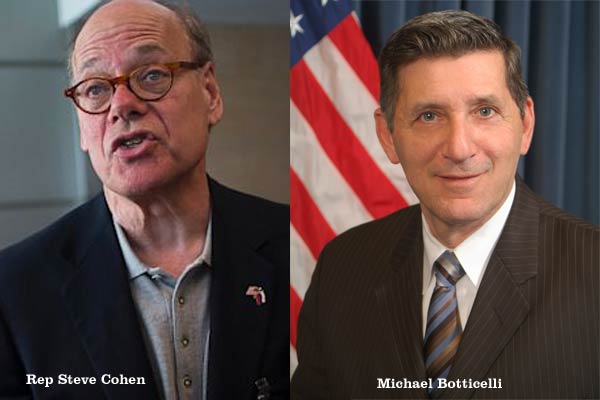 Tennessee Representative Steve Cohen ripped into Michael Botticelli, the Deputy Director of the White House Office of National Drug Control Policy for failing to address the issues surrounding marijuana and that it is less dangerous than heroin.

Cohen says if you could, “ask the late Philip Seymour Hoffman,” following saying “it’s crazy to have marijuana in the same level as heroin.”

Actor Philip Seymour Hoffman, who reportedly died of an overdose of heroin has put the spotlight on the heroin epidemic.

The Drug Enforcement Administration (DEA) classifies marijuana as a Schedule I substance considering it amongst “the most dangerous class of drugs.”

Cohen has been urging the drug policy officials to rethink classifying marijuana adding, “Nobody dies from marijuana. People die from heroin.”

Cohen says that while focusing on marijuana, drug officials could be be spending more time enforcing heroin laws as the drug, along with meth, is killing people and ravaging the country.

Steve Cohen admits that marijuana isn’t something kids should use and there should be an age limit set at age 18 or even maybe 21.

Meanwhile, President Barack Obama’s Deputy Director of the National Drug Control Policy has admitted marijuana is less dangerous than alcohol as President Obama did, which was reported on MemphisRap.com recently.