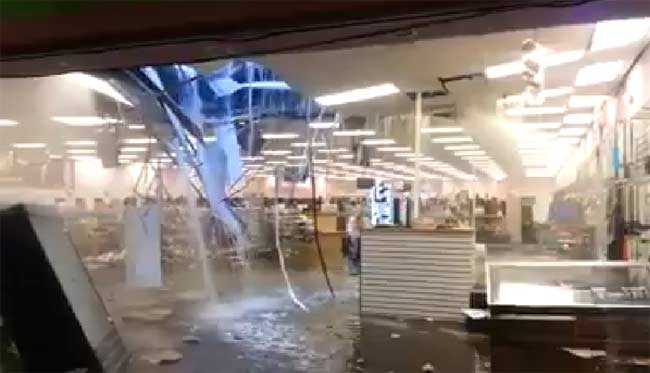 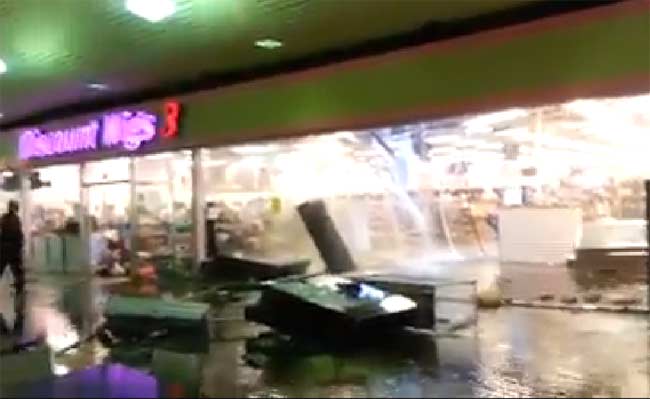 They say 9/11 is a day to never forget, well that may surely be the case for not only people whose cars and homes were flooded in a flash flood in Memphis today (Sept 11.), but also for the business owners and employees at the Southland Mall in Memphis.

The Southland Mall in the South Memphis neighborhood of Whitehaven has been closed down after it was flooded out during the hours of the flash flood emergency on Thursday, September 11, 2014.

It seems that a roof collapsed inside of a wig shop in the mall called Discount Wigs 3.

No one was harmed in the incident according to the mall, however, as caught on a video from inside, it was quite a disaster.

The entire mall was evacuated by the Memphis Fire Department following the incident.

There is no word yet as to whether the mall will re-open following the mall being flooded out or not.

Southland Mall, which opened in 1966 has over 60 stores including Sears, Macys, Milano’s, City Gear and others and sits on over 48 acres of business real estate property.