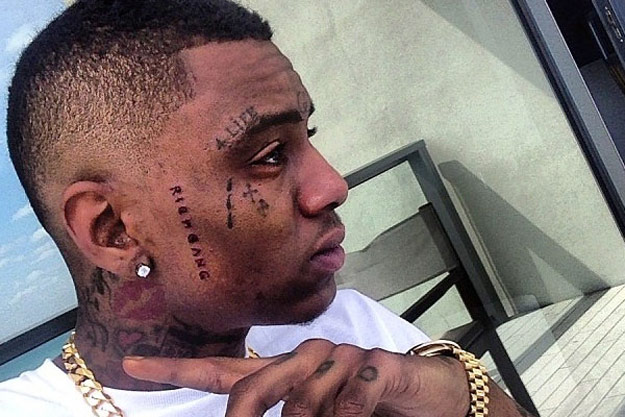 Since 2011, allegedly Soulja Boy has been the eye of Cash Money Records and most recently everyone is wondering if the rapper signed to the label following a meeting.

On last week, Soulja Boy was in Miami and was spotted adorned with a brand new tattoo on his face “Rich Gang” which is stated to be connected to Bird Man’s crew.

The 22 year-old rapper was joined by his manager Miami Mike hanging out with Bow Wow and Cash Money CEO Birdman.

It is unclear at this time and is only speculation, however, in 2011, Soulja Boy didn’t make the move back then because he had obligations with Interscope Records for two more projects and was weighing his options.

After rumors starting circulating, Birdman came back to let people know that he’s not into signing those who are already signed with someone else and he doesn’t rock like that.