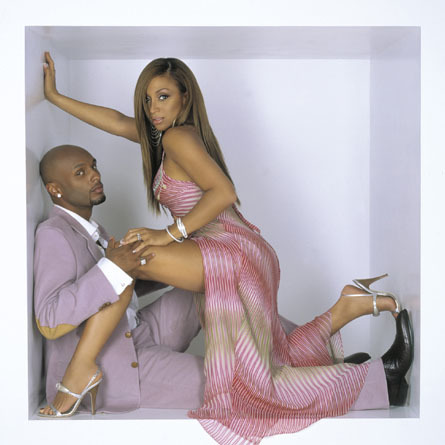 Singer Chante Moore has alleged that singer Jennifer Lopez aka J-Lo stole her song during an NPR interview which she blames P. Diddy (Sean Combs) and Rodney Jerkins for giving Diddy a re-write of her song.

"I wanted to sock him in the head," says Moore when asked about the song.

"I heard that it was because Puff Daddy walked in and heard my song and said, ‘I want that song.’ [Rodney] was like, ‘Yeah, it’s already taken. We wrote that for Chante.’ And [Puffy] was like, ‘Yeah, mmm hmm, I want that song.’ So Rodney wrote really the same song," the singer explained, before adding: "Hers, I can’t even remember. It’s so close I can’t even sing it right now. Same song!"

Jennifer Lopez is definitely not unfamiliar of being accused of stealing songs, the singer was also accused of ripping off from Mariah Carey.

Moore’s new album, ‘Love The Woman’ on Peak Records/Concord is in stores now.