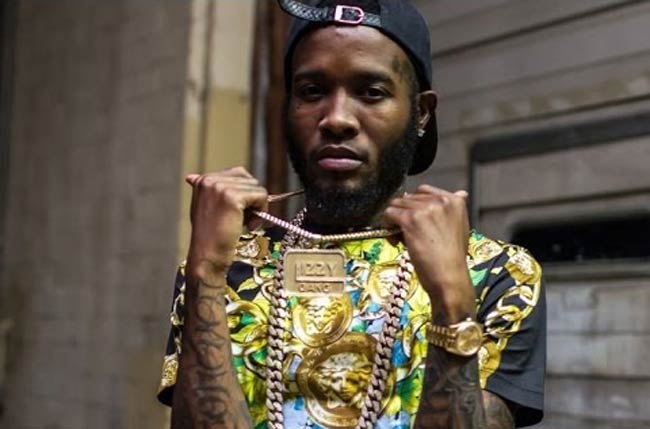 After the alleged chain snatching of rapper Shy Glizzy by the up and coming Memphis rappers who call themselves Concrete Cartel and deemed themselves as “Savages,” so much has transpired since then.

On last month while Washington rapper Shy Glizzy was in town attending an event connected to his birthday, the rapper was reportedly jumped and had his jewelry taken.

After the incident, the “Concrete Cartel” appeared online in a video showcasing Shy Glizzy’s chain and telling the rapper that he should have not brushed them off like he did by allegedly saying, “get the f--k out of my face,” when they approached him to do a song nicely.

The Concrete Cartel then released a rap diss aimed towards Shy Glizzy.

Shy Glizzy stayed somewhat quiet over social media which seemed to have kept fans wondering on what he was going to do. Weeks later the rapper who says he shows too much love to the other niggas responded that he “slip’d up and got comfortable” but that “it would never happen again.”

Word then hit the streets that a bounty was put out on the rappers to make sure that the visiting rapper, Shy Glizzy, got his chain back, which he eventually did.

One of the rappers of Concrete Cartel, YRN Casino, who appeared in video was later arrested in a drug bust and had a bond placed of $100,000.

Who retrieved the chain for Shy Glizzy? Reportedly Glizzy’s chain was retrieved by Yo Gotti’s artist Blac Youngsta who currently has the single out Heavy.

Reportedly, Blac Youngsta paid $10K to get Glizzy’s chain back.

Meanwhile, in related news, another Concrete Cartel member, JuiceMane, is wanted by the Memphis Police and Shelby County Sheriff’s Office.

The police claim that he posted a threat towards police officers over social media which stated in his post, “officers gone start droppin… Imma kill some black uniforms.”

Police are taking the threat serious as well as the judge who issued the warrant for JuiceMane’s arrest which has a bond set of $2 million.