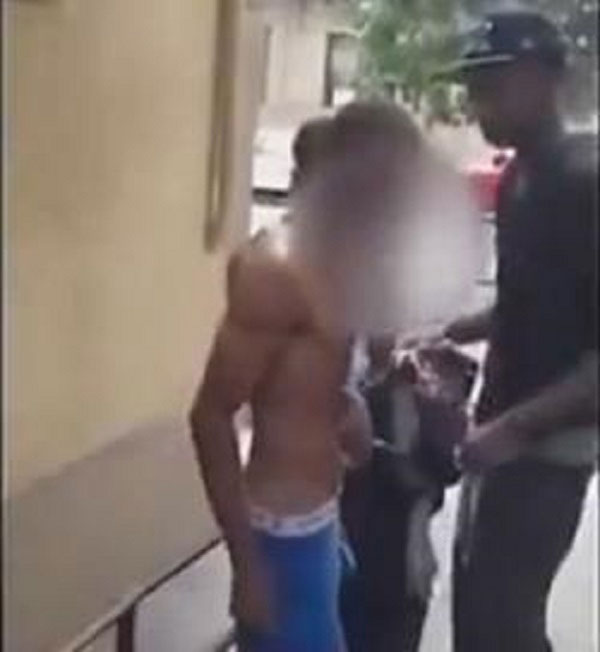 A shocking new cell phone video of a young man, first believed to be just a teen, forced to strip down naked on a public street in Newark, NJ while being whipped with a belt by another young man, was leaked online prompting a police manhunt for the assailants behind the incident and video.

Even more shocking, the video taped beaten was all apparently over a $20 debt the young man’s father owed.

The alleged attacker beat the teen mercilessly and repeatedly forcing him to say “dog eat dog world” out loud as bystanders stood by laughing.

The victim, a 21 year old, was trying to put the incident behind him until the video leaked online. The 21 year old says the men had a gun pointed at him off camera during the relentless whipping, and has referred to his attackers as “cowards.”

When the video leaked, Newark police began investigating the incident looking to charge the attacker and anyone who participated in the crimes committed.

Investigators were apparently probing social media accounts linked to the video including Twitter.

Police apparently have three men in custody now, including the attacker, Ahmad Holt, 22, a convicted drug dealer, alleged cameraman, 23-year-old Jamar Gray, and 31-year-old Raheem Clark, who have been charged with aggravated assault, conspiracy, possession of a weapon, and robbery.

News of the video even reached the mayor of Newark, Cory Booker, who called the incident “shocking” saying the city would not tolerate such level of cruelty.