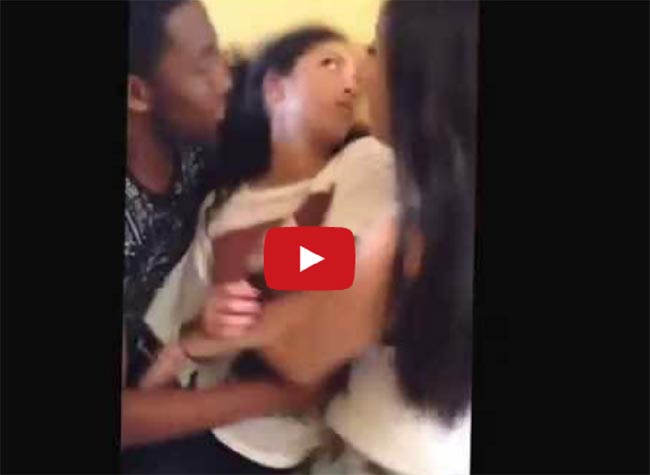 There’s a new craze that teens are doing on social media in video called the “Pass Out” and “KnockOut” challenge.

Teens are literally depriving their brains of oxygen in order to purposely pass-out.

Seen on videos just to obtain ‘likes’ and ‘followers,’ teens are making themselves faint to gain fans and fame.

It usually starts out with a teen bending over holding their knees crouched over while leaning slightly against the wall breathing in and out (inhaling and exhaling) heavily 10 to 30 times making themselves hyperventilate. Someone, another teen, then assists by pressing them against a wall holding their hands against their chest with force to prevent oxygen from going through the lungs to their brain.

This is all done to make the person pass out.

The knock-out challenge videos have been causing shocking reactions all over the Internet.