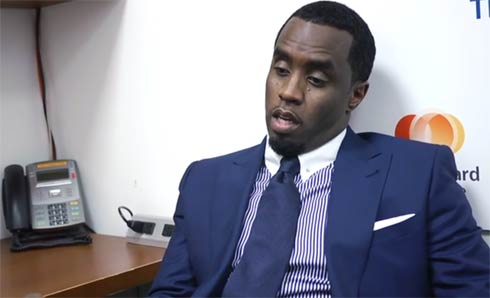 Businessman and hip hop music mogul Sean ‘Diddy’ Combs spoke with Forbes during a sit-down on being one of “hip-hop’s wealthiest artists” and being a top earner on Forbes “Cash Kings” list.

In the interview, Diddy, 43, made sure to make it clear that he doesn’t have that money in the bank which was in reference to his alleged net-worth.

Overall, Diddy expressed his humbleness on being from the inner-city in Harlem New York and making the Forbes list.

Over the last two decades, Sean ‘Diddy’ Combs has established a number of ventures and partnership bringing his net-worth to $580 million.

According to Forbes, with his latest venture Revolt, this could land him near the billionaire status.

Check out Diddy speaking on becoming the first hip-hop billionaire.