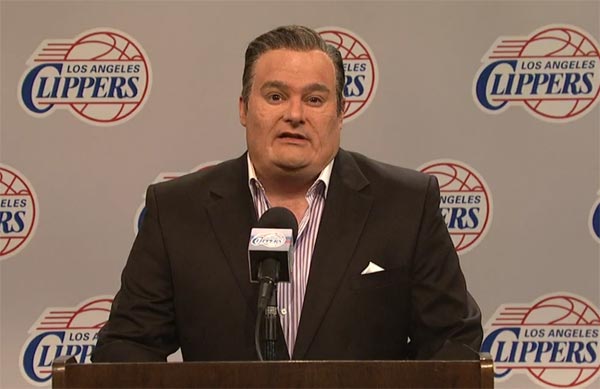 Saturday Night Live is up to its bag of tricks again with poking fun at celebrity news on its television show.

The latest victim of Saturday Night Light is Donald Sterling, the NBA team owner of the L.A. Clippers, who landed in news for an alleged racist rant with his part-Mexican/part-Black girlfriend/mistress, V. Stiviano.

In the Saturday Night Live skit, SNL shows a fake Donald Sterling at a press conference attempting to redeem himself following the alleged racist audio leak.

Along with Donald Sterling was a fake Dennis Rodman, who, in the skit, plays Sterling’s best-friend.

To add even more to the skit, Sterling in the video tries to further remove his racist image by saying he has gotten rid of his half-Black V. Stiviano for now a new ‘three-quarters black’ girlfriend.