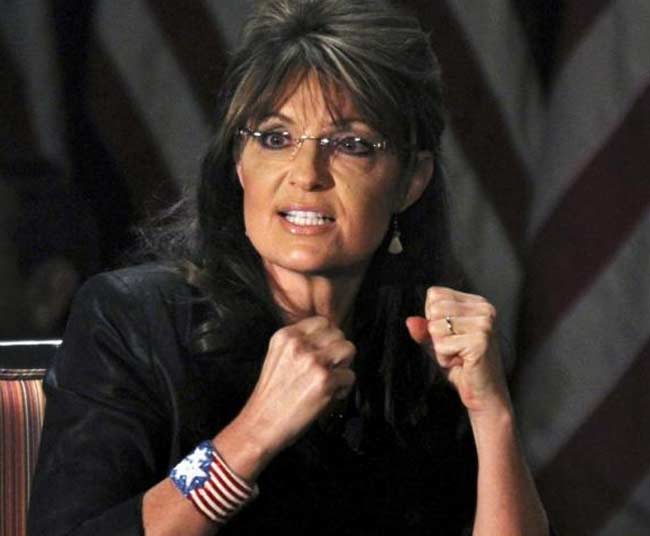 More details have emerged in the Sarah Palin drunken fight scandal where the former governor and vice president candidate and her family have been accused of allegedly being involved in a brawl at an Alaska birthday house party.

Police say they are now investigating a reported drunken fight that broke out on Saturday at a birthday party reportedly co-hosted by Todd Palin, where the former Alaska governor and her family were in attendance.

Reportedly, Todd Palin, Bristol Palin, Trig Palin, Willow Palin and Track Palin were all at the party among around 70 other guests where a fight unfolded that allegedly involved the Palin family.

Sources claim that Track Palin saw a former boyfriend of his sister Willow, Conner Cleary and confronted his sister’s ex and a fight broke out.

At some point, Cleary’s father is believed to have tried to intervene to break it up and that’s when Sarah Palin’s husband, Todd Palin, allegedly jumped into the fight and started choking Cleary’s father.

Some of the details come from political blogger Amanda Coyne who wrote more about the involvement of the Palin family who she says all arrived in a stretched Hummer and were drinking on beer when the fight started.

At some point, the family were apparently asked to leave the party by host Corey Klingenmeyer and that is when Sarah Palin’s daughter Bristol Palin allegedly got involved and starting punching the host.

Somewhere around this time when Bristol was allegedly ‘clocking’ the host, Sarah Palin was allegedly yelling “Do you know who I am?”.

Apparently, some the details were provided by a man named Eric Thompson, an employee for the McKenna Bros. Paving Company, which the party in part was being held for Marc and Matthew McKenna, a guest at the party named Charles Fryer reportedly says.

The whole fiasco is said to have looked like something out of a Jerry Springer show.

While police are investigating the fight, apparently none of the involved parties wanted to press any charges, so no arrests have been made or charges filed.