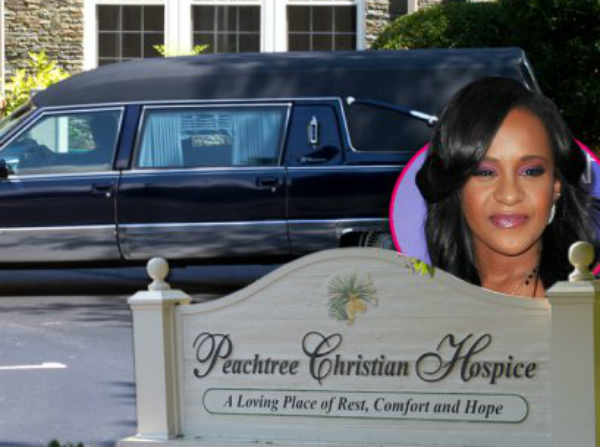 Speculation that Bobbi Kristina Brown is dead have heightened over the Internet as hearses were seen arriving at the daughter of the late Whitney Houston’s hospice care facility.

After a long time spent in the hospital, Bobbi Kristina, still reportedly unconscious, was transferred to a long-term hospice care facility in June.

It was back at the end of January when the 22 year-old daughter of the late Whitney Houston and Bobby Brown was found unconscious in a bathtub in a home she shared with her partner Nick Gordon.

A hearse was spotted arriving at Peachtree Christian Hospice in Atlanta along with other family members sparking rumors that Bobbi Kristina has died.

Following the news of the first hearse, a second hears was seen arriving at the hospice care as well.

Still, no sources close to Bobbi Kristina or her father Bobby Brown have confirmed or denied her passing away.

So, for now, the news is simply built on speculation.