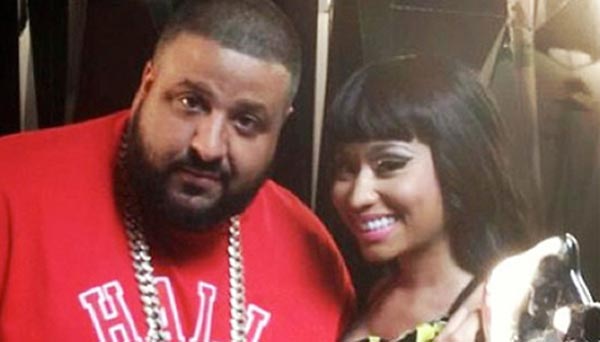 DJ Khaled announced his love to the world about Nicki Minaj by releasing a video days ago asking the hip hop music star to marry him. The proposal of DJ Khaled to Nicki Minaj followed after the release of the Busta Rhymes video the two appeared in, as reported on MemphisRap.com.

Since the proposal, everyone has been skeptical as to whether DJ Khaled was being real about wanting to marry Nicki Minaj or was it some type of publicity stunt maybe to promote Rafaello & Co where a half-million dollars is stated to have come from or his new single, which Nicki Minaj appears on.

Maybach Music’s head hunch-o has now emerged into the picture saying that DJ Khaled’s proposal is absolutely real. Rick Ross said in a radio interview that DJ Khaled has been infatuated with Nicki Minaj.

The question is why is DJ Khaled so in love with Nicki Minaj?

Reportedly this isn’t the first time that DJ Khaled has tried to give something to Nicki Minaj, in fact, the word is that he has sent flowers and also popped up around the country at concerts unsuspectingly.

What do you think? Is this marriage proposal real or fake or is just a way to get people going?