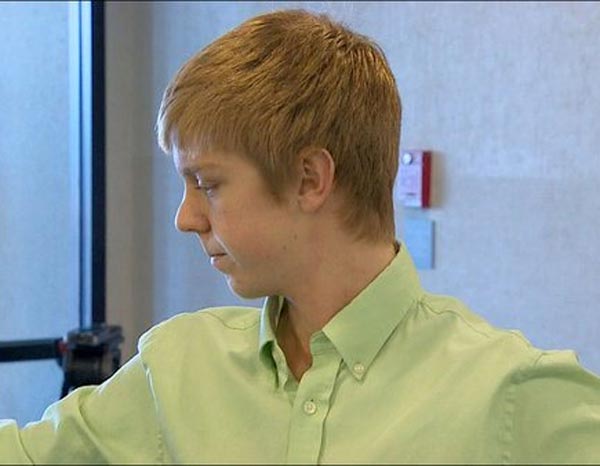 A rich 16 year-old Texas teen has been spared jail and will get no prison time after killing four people and injuring a total of eleven in June.

Ethan Couch, 16, who was facing 20 years in prison before the judge in a Fort Worth courtroom, was sentenced to 10 years probation.

The teen, whose defense says he suffers from “affluenza” (a wealthy young person condition in which they lack feeling guilt, motivation, etc.), was riding in a Ford F-350 along with seven friends. Ethan Couch along with his friends, two who rode along in the bed of the truck, reportedly stole beer from a Wal-Mart before speeding at 70mph down a rural street.

The teen, who was allegedly drunk on beer and had taken Valium, hit a car on the side of the road that killed the driver along with the three people who were helping the driver.

In the accident Couch allegedly killed a mother and her daughter, Hollie Boyles, 52, and Shelby Boyles, 21 as well as a youth pastor, Brian Jennings, 41 and the stranded driver Breanna Mitchell, 24.

In addition to killing the four victims, Ethan Couch severely injured one of his friend’s, Sergio Molina, who was riding in the bed of the truck. Molina was in a coma for months and is now paralyzed and brain damaged.

The second person, who was also riding in the bed of the truck, was critical injured along with Molina.

The legal team, that represented Ethan Couch, proposed to State District Judge Jean Boyd that Ethan Couch needed counseling instead of prison time. The plan is to send Ethan Couch to a treatment center for alcohol rehabilitation in Southern California at the cost of $500,000 per year, which his family will pay.