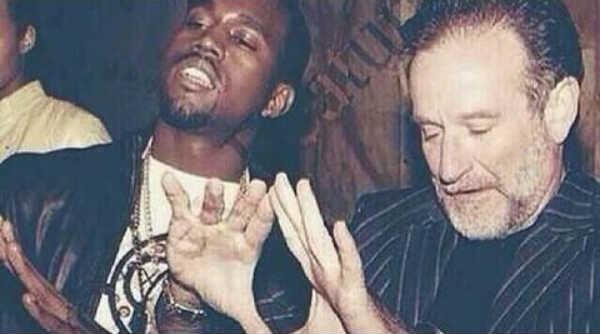 Actor and comedian Robin Williams was found dead in his apartment Monday afternoon (August 11) of an apparent suicide and now the hip-hop community is reacting to the legendary actor’s death.

As reported on MemphisRap.com, Robin Williams, 63, had an untimely devastating and shocking demise when news broke that the actor had committed suicide.

Many rappers and people of the hip-hop community including Diddy, Nicki Minaj, Kanye West, Queen Latifah, LL Cool J and more took to social media reacting and, in some cases, honoring the brilliant actor.

“Thanks for the years of feel good laughter,” posted Queen Latifah over her Twitter.

Kanye West took it even further than a tweet and honored Robin Williams in his new music single “All Day.”

LL Cool J, who played in a role with Robin Williams in the movie entitled “Toys,” shared a picture of him and the actor along with the caption “sleepwell my man.”

Check out more tweets from rappers in the hip hop community reacting to the death of Robin Williams.

Can't believe we lost a legend today. RIP Robin Williams- your legacy will live on forever.

Thank you Robin for all of the joy you brought the world pic.twitter.com/c0YABjcLMo

Robin williams. it was an Honor to know and work with you. Your genius will live on. May God embrace your family. Sleepwell.

Thanks for the years of feel good laughter. RIP Robin Williams.