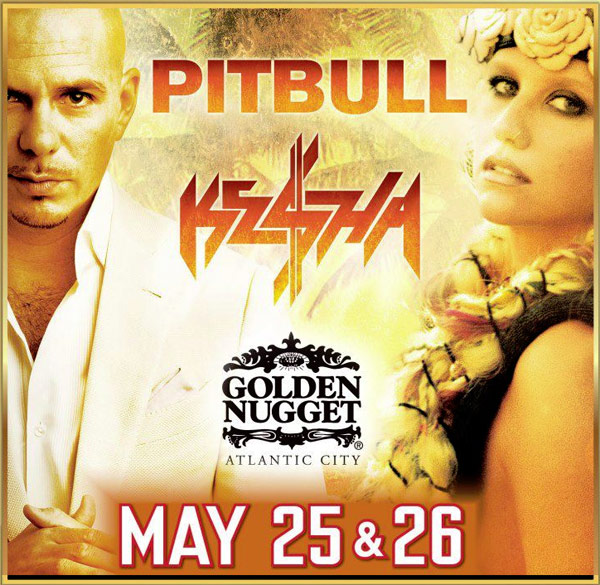 Rapper Pitbull, who’s featured in the new movie Epic, will be hitting up the Golden Nugget Hotels and Casinos during Memorial Day Weekend alongside Pop singer Ke$ha. Both of the superstar acts, Pitbull and Ke$ha, who are known for their top charting hits, are set to perform at the new Haven Nightclub on Saturday, May 25 and Sunday, May 26.

Rapper Pitbull, who is pushing his latest album Global Warming with top singles like the song and music video “Don’t Stop The Party,” is known for party and dance music. In the single “Don’t Stop The Party” Pitbull is seen on a yacht on the ocean and by a pool surrounded by women in a lavish lifestyle made for the rich and famous. Can’t make it to Pitbull’s Vegas show, but dreaming of being a part of the lifestyle, you can join the party over at www.partybingo.com and make some of those ‘stacks’ like Pitbull has.

The live performance for Pitbull’s show at Golden Nugget Hotels and Casinos will come a day after the release of the 20th Century Fox Animated movie EPIC, releasing May 24th, where Pitbull plays the voice of Bufo.

In the 3D animated fantasy-adventure movie that deals with the forces of good and evil, a teenage girl (Mary Katherine) finds herself in a secret world. Cuban American rapper Pitbull will be the voice of the toad named Bufo, in which he will star alongside Colin Farrell (Ronin), Amanda Seyfried (Mary Katherine), Beyoncé Knowles (Queen Tara), among others.

Meanwhile, check out the rapper’s video “Don’t Stop The Party,” if you haven’t seen it yet and check out more info on the upcoming event and tour dates below.

The event at the Golden Nugget is not a one-time performance for Pitbull and Ke$ha as the two will be performing this Summer as a part of Ke$ha’s Warrior Tour named after her Warrior album.

Below are some of the official tour dates for the Warrior Tour.