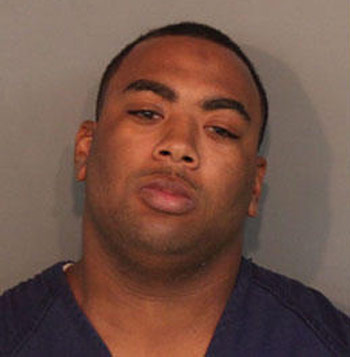 Memphis rapper OG Boo Dirty was arrested in South Memphis after a routine traffic stop led to the police finding drugs, money and a firearm in the car.

Lance Taylor, 27, most known as OG Boo Dirty on the hip-hop/rap scene, was charged along with four other men after police pulled over the car after seeing the driver was not wearing a seat-belt.

The officer on site stated that when he approached the car, he could smell a loud aroma of marijuana coming from the automobile, according to WMCTV-5.

When the officer got close enough to see into the vehicle, in plain view, the officer spotted a baby bag, which is reported to have contained five large bags of marijuana along with hydrocodone pills, a loaded handgun, and more than $3,400 in cash.

OG Boo Dirty along with Ardell Perkins (driver), 25, Floyd Hall, 23, and Jeremy Bassett, 22 were all charged.

Charges include possession of a controlled substance with intent to manufacture/deliver or sell, and possession of a firearm during the commission/attempt to commit a dangerous felony.

OG Boo Dirty, who has since been released on bail at a bond amount of $250, is due back in court on August 5th and August 9th, according to court records.