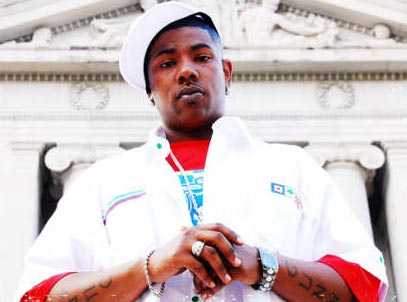 In an exclusive interview with rapper Miscellaneous, fresh out of jail, the rapper speaks the truth with Memphisrap.com about his life, drugs, the music Industry, his upcoming album and more.

In an exclusive interview with rapper Miscellaneous aka Mr. Memphis Walk, fresh out of jail, the rapper spoke with Memphisrap.com regarding his recent arrest, his upcoming projects off his own independent label MobTies Records, his thoughts about the controversy surrounding Syrup aka Sizzurp and new projects.

The rapper, who hasn’t had an easy road, including multiple arrests and coming from two drug addictive parents, has come a long way since first previously making headlines on MemphisRap.com for his beef with Yo Gotti. The rapper told Memphisrap.com that his beef with Yo Gotti is over and ended and the rapper is putting the past behind him and now focusing on the future and even working within the community more while preparing to hit the streets with his new mixtape and album projects.

Check out the interview with Miscellaneous as the rapper gives an in-depth look into the music Industry, as he knows it, and his own life including a murder case, “water-downed” rappers, steroids in the Hip-hop community, and more:

MemphisRap.com:: So when exactly did you get out?

MemphisRap.com:: So what’s the story behind it all? We’ve seen the posts that you’re not guilty, so why did the law come down on you?

Miscellaneous: It’s a murder case which I am not guilty and on behalf of my lawyer, I will not be able to go into further details, so just keep me in your prayers.

MemphisRap.com:: What do feel about the rappers today, some think rap has gotten a little soft, what do you think?

Miscellaneous: A lot of rappers have been doing too much partying and a lot of bullshitting and so the game is a little watered down. One of the hardest rappers out here, Scarface, just released a new album which was a banger and a miss as far as albums goes.

MemphisRap.com:: What’s next for Miscellaneous?

Miscellaneous: What’s next for Miscellaneous is making more music and working on a movie with an independent filmaker by next summer, I’ma take a break and promote another artist, Uno, from the MobTies Click and really keep making hot s--t.

MemphisRap.com:: What’s your newest single that you pushing?

MemphisRap.com:: Most songs and rappers right now are focusing on dance. Speaking of trendsetting, since you’re noted as Mr. Memphis Walk, is dance the focus of your upcoming album or is it something else?

Miscellaneous: Of course, got to stick wit what got you in the game, but also new s--t as well.

MemphisRap.com:: An album that fans can’t put down or take out of their cd player and an artist that takes listeners on a journey is what the game needs, what can listeners expect from a Miscellaneous album?

Miscellaneous: Expect some heat, you couldn’t take “Dont Get Mad Get Money” out ya cd player the first go round, but being locked down
on the part II you can expect a lil more emotion and social conscious more real s--t than what some of these other rappers
are doin. These are tales of what I’ve been going through.

MemphisRap.com:: Many artists are not selling as well because lack of marketing and promotions, what are you planning to do to get your product out there to the masses?

Miscellaneous: My plan is to hit the streets every project, hood, even suburban areas and put it on the internet where you can download it from (www.myspace.com/mrmemphiswalk).

MemphisRap.com:: Well in a recent study and poll posted on sites such as AOL, Reuters and others, more than 50% of the people now say they look to the internet for news vs. 29% for television, 11% for radio and 10% for newspapers. How important is the interent to you?

Miscellaneous: Very important that’s why I just got a ringtone deal in Atlanta from promoting my music on the internet and that’s where I will be promoting and selling most of my music on myspace and other well known websites.

MemphisRap.com:: On another note, a lot of reports have been made about rumors that rappers are turning to steroids to bulk up. What’s your thoughts on that? Are you muscle conscious or do you workout any?

Miscellaneous: I don’t believe in steroids. I do believe in working out and staying fit, that is very important to me because I like to look good and it has an impact when I’m performing.

MemphisRap.com:: What about the latest controversy over Syrup or “Sizzurp,” as we call it, that has come about ever since it was determined that Pimp C’s death was due in part to cough syrup? Many rappers still claim it’s something they know is not good for you but it’s a thing like cigarettes, you know it’s bad for you but you do it anyway… are you into dat purple drank aka lean?

Miscellaneous: I use to be, I didn’t do it as much. I come from two drug addictive parents [so] I stay away from heavy drugs such as syrup, cocaine and x-pills. I’m even trying to break the habit of smoking cigarettes.

MemphisRap.com:: In closing, what can fans expect from Miscellaneous that they don’t already know?

Miscellaneous: Well the beef with me and Yo Gotti is over you have to put the past behind ya, I’m doin more community service with the National Civil Rights Museum and W.A.K.E. UP Youth Foundation and also me and rapper Mac-E have a mixtape album comin soon.

MemphisRap.com:: Well once again, welcome home, we want to thank you for taking the time to talk with us, is there anything you want to get out that we didn’t cover?

Miscellaneous: “Don’t Get Mad, Get Money” Part II, hittin the streets this spring “08” and the album will be comin out this Summer 2008 and I want to thank you guys for this interview and just keep praying for me and the MobTies Family as we go through this trial.

MemphisRap.com:: Well it’s good you out, we hope it all works out because the game needs someone with your talents and rawness.[/B]

Stay up, let’s do this again soon!