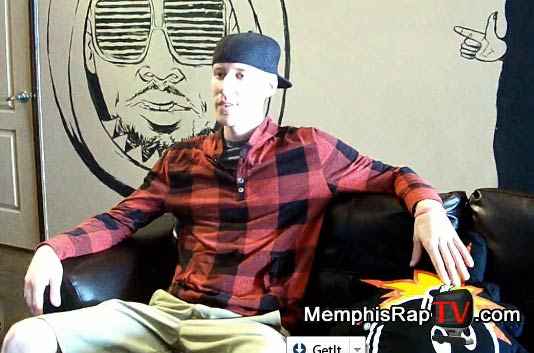 Recently, MemphisRapTV caught up with rapper Dizzy D at Sneak Peek’s in Downtown Memphis. Dizzy D, who has had Billboard success with singles like ‘What It Be Like‘ and music single “What You Gon Do Wit It” by female R&B artist Christelle which featured Dizzy D, as well as with his latest single “Crush On You” featuring Christelle, spoke about hip hop, his influences and his upcoming projects.

Dizzy D speaks on hip-hop, gives his definition on it, talks about how he got started in the hip hop music industry in an interview DeAnna Brown with MemphisRapTV.

The rapper revealed that he’s working on productions with a team which includes producer JBeats and they’re getting productions together for indie and major artists. Dizzy stated he’s currently working with the group Iron Mavericks as well as others.

The rapper also opened up about his musical influences which go beyond hip hop, stating “people think I’m crazy” referring to what’s playing sometimes in his ride such as country music to rock to pop and back again to hip hop.

Then touching on an unreleased track with rapper Novakane, Dizzy D states he’s “holding it til the right time.”