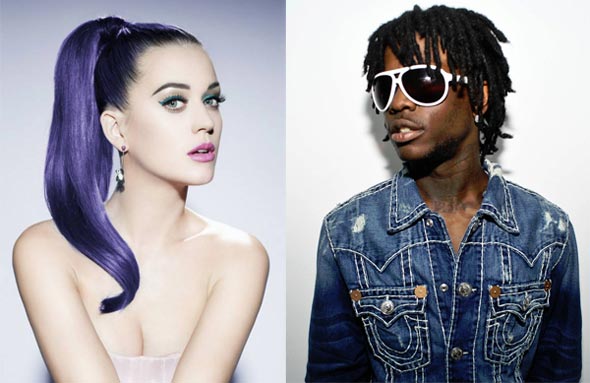 Chicago rapper Chief Keef is making news after the “Don’t Like” rapper threatened to assault the “I Kissed A Girl” singer Katy Perry who made a comment about one of his songs.

Katy Perry seemingly accidentally insulted the rapper’s new song after she had her apparent first listen of the track “Hate Being Sober.”

The singer was making reference to the song because she felt as though it promoted a message to teens to always want to be intoxicated.

Just heard a new song on the radio called “I hate being sober” I now have serious doubt for the world.

Following Katy Perry’s tweet, the teenage rapper had a tweet of his own that Perry could “suck skin off his d—” adding “I’ll smack the sh– out of her.”

Perry later realizing that she had insulted Chief Keef apologized for offending him claiming she is a fan of his “Don’t Like” video and was making a general opinion on the young generation desire to be intoxicated.

Mr. Keef! I’m sorry if I offended you. I heard a lot of people guesting on the song & didn’t even know it was you in particular. Actually…

I’m a fan of your “Don’t Like” video tbh. I was really just having a general opinion on our generations desire to be constantly intoxicated.

Chief Keef followed with an apology also after that.

@katyperry Oh Im Sorry Too Then