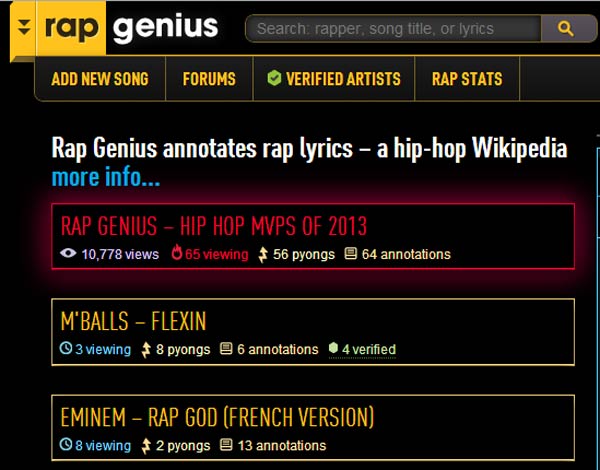 Hip-Hop lyrics website Rap Genius, who came up in top search results for song lyrics, has had their results leveled after the website was caught doing shady SEO tactics.

Rap Genius, who reportedly received $15 million in funding from venture capital firm Andreessen Horowitz, was caught asking sites to post links to hot artist lyrics on their random posts that would throw links back to Rap Genius.

The site has reportedly leveled from over 1.4 million visitors to 230,000 visitors, since Google penalized the lyrics website for its SEO tactics.

Rap Genius has confessed to their mistake and even pointed out other lyric sites that they say have similar and more violations than themselves.

After being wiped from Google search results in top positions, Rap Genius and its investors have been hit with a pretty scary situation so the site isn’t commenting any further.

“We effed up,” is what the site initially said.

Searching even for the phrase “Rap Genius” itself will not even bring the website up on the first few pages of Google search results.