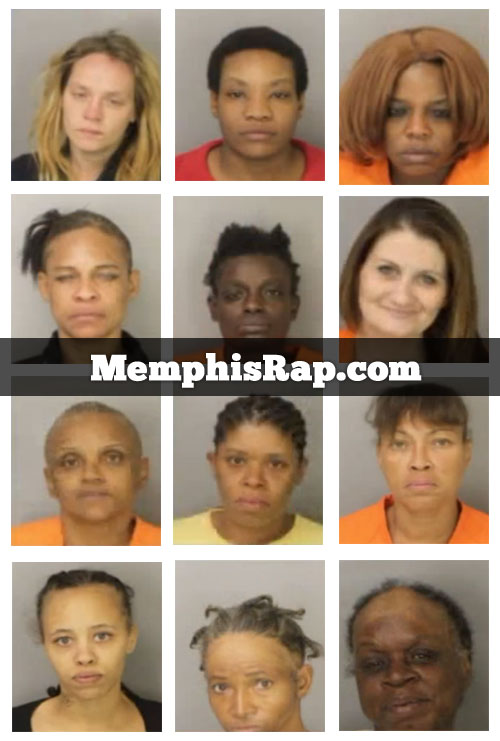 Some prostitutes in South Memphis were on a mission selling themselves for as little as $5.

Some of the South Memphis prostitutes, who bonded out jail after a late night prostitution sting last week, seem to be in dire need of cash because it’s not common for prostitutes to sell their bodies for as cheap as $5. From the looks of the mug shots, there’s much to speculate.

On last Wednesday, officers picked up over a dozen women who were out to make a little cash whom they claim were all dressed up and ready to sell sex.

According to WREG, one prostitute, who was picked up by an undercover officer, offered up sex a mile and a half from an elementary school in the area.

Meanwhile, concerned residents in the area feel that more needs be done to get these women off the streets and one eyewitness who spoke with WREG says it is making the neighborhood look bad.

“They stand on corners. They wear anything, and I mean they look real bad. It makes our neighborhood look bad,” stated Donte Williams.

Williams went on to say it doesn’t do any good picking up the prostitutes and the next day they are back out on the streets again doing the same thing. Instead, Williams suggested throwing the prostitutes into a program instead of jail.

One program called “A Way Out” through Citizens for Community Values states that they have taken in approximately 350 in the last ten years to help women who wanted to escape the sex-for-sale industry, gain skills, and create a better life.

As for the women who were jailed, bond for most of them was set at just $100.

Should more programs be created or funded? Or should prostitution be legalized with a set of mandatory rules like in the state of Nevada, Mexico and other places such as the new drive-in brothels in Zurich speculated to make it ‘safer’?