Shayla Stacks, a reported pre-op transsexual posted a photo believed to be of her and producer Jazze Pha boo’d up together sparking the rumors that Jazze Pha is in love with a tranny.

Along with the photo, Shayla Stacks included the caption, “He Keeps Me Warm.”

So was Jazze Pha accidentally exposed living an alternative lifestyle in Atlanta with transsexual Shayla Stacks, is this simple speculation built around a misconstrued photo or something else?

Meanwhile, while this rumor is developing, the Grammy Award winning producer posted the following message over Twitter.

Even when the Devil is working hard Just know that GOD is working HARDER!! #StayTuned #GodIsTheGreatest http://t.co/hQJ4aVzXzH

Here is the photo that started it all plus some more photos of Shayla Stacks: 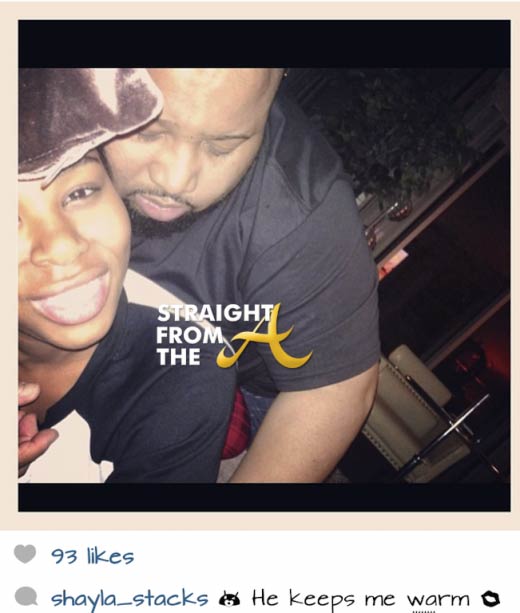 Photo via Straight From The A