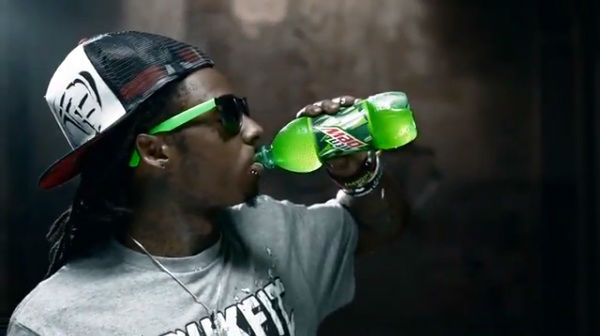 Rapper Lil Wayne has been canned by Mountain Dew, which is owned by PepsiCo, for his rap lyrics comparing the beating of Emmett Till to rough sex.

Lil Wayne started appearing in Mountain Dew ads back in early 2012 but will no longer be appearing or speaking as a spokesperson for the soda company.

Lil Wayne later apologized to the Emmett Till family for his rap lyrics, but the family did not accept it saying it fell short of an apology.

Emmett Till was just 14 years old when, back in 1955, he was beaten beyond recognition, shot in the head and dumped in the Tallahatchie River in Mississippi with a 70-pound cotton gin fan tied around his neck with barbed wire after being accused of flirting with a white woman.

Till’s mother held an open casket funeral attended by thousands to show the world the brutality of the killing. This is said to be a pivotal event motivating the African-American Civil Rights Movement, and was one of several reasons the Civil Rights Act of 1957 was passed.