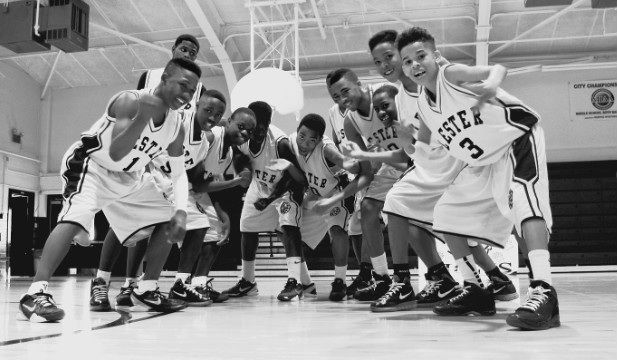 Former NBA and University of Memphis basketball star, Anfernee ‘Penny’ Hardaway, may be off of the courts of the National Basketball Association, but the Memphis-born Orlando Magic star is not off of all courts for good.

Penny Hardaway’s story is documented by CNN writer Wayne B. Drash regarding his return to his Memphis neighborhood as well as his return to the basketball court not as a player but as a coach of his old middle school team.

Penny’s new book “On These Courts” follows Penny as he coaches Lester Middle School boys basketball team. Penny was brought on as a coach by his good friend Desmond Merriweather to help with zone offense however, he eventually became a permanent coach when his friend was unfortunately diagnosed with an aggressive form of colon cancer, rushed away to the hospital and given 24 hours to live.

Drash wrote about the story of Hardaway and his friend who fortunately survived after being given 24 hours to live when he was diagnosed at the hospital.

Proceeds of Penny Hardaway’s book will be donated to his Fastbreak Courts, a part of Hardaway’s continuing effort to help at-risk youths in Memphis.

“On These Courts: A Miracle Season that Changed a City, a Once-Future Star, and a Team Forever” is available in ebook version or hardcover at book stores and online retailers.