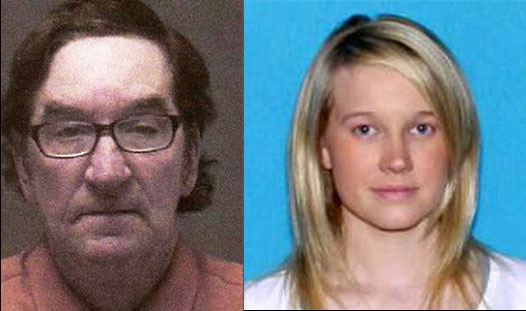 A Michigan pastor is accused of beating, strangling and killing the daughter of his future wife. John D. White, an ex-convict, hired on by church members three years ago, admitted to killing 24-year-old Rebekah Gay in her trailer on Wednesday.

According to police, John D. White, 55, stated he strangled her with a zip tie and beat her skull in with a mallet before hiding her body in the woods as her 3 year-old boy waited in the mobile home.

White stated that he stripped Rebekah Gay but didn’t remember if he had carried out his sexual fantasy of having sex with her dead corpse. White allegedly had been fantasizing about Gay for the past few weeks before he carried out his act.

After killing and hiding the body of Rebekah Gay, White told authorities he went back in the home to dress Gay’s little boy in a Halloween costume because the young boy was going to be with his dad. Friends of Gay state that White frequently watched the boy as his mother worked.

Prior to police being taken to the body of Gay, John D. White had asked church members to pray for the mother who was reported missing on Wednesday.

Police as well as friends grew suspicious of White and his story so he was taken in for questioning. White admitted to killing Gay and was arrested Thursday.

John D. White’s criminal past includes manslaughter for the death of a 26-year-old in which he served 12 years before getting out in 2007 and choking and stabbing a 17 year-old teen girl in 1981.

White has been charged with first-degree murder in the death of Rebekah Gay without bond.

A preliminary is scheduled for John D. White on Nov. 8 with Judge William Rush.