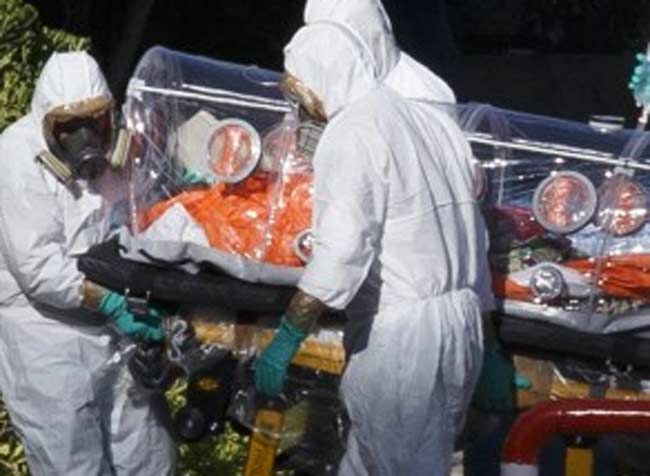 People in Dallas, Texas have been hit with the fear of Ebola after reports that at least 100 people could possibly have been exposed to Ebola and are being monitored following confirmation of the first case of the lethal virus in the United States of America.

Duncan was identified by Liberian officials and is a resident of Monrovia, the capital of Liberia.

Duncan, who has been quarantined at a Dallas, TX hospital, apparently contracted Ebola after taking a pregnant woman to a hospital in Monrovia, Liberia after she was stricken with the lethal virus on September 15.

Reportedly, the 42 year-old had answered ‘no’ when asked on an airport health questionnaire had he been in contact with anyone carrying the lethal virus. This may lead to criminal charges being filed against Duncan by Liberian authorities.

Now, reportedly officials are seeking out at least 100 people who may have come in contact with Duncan in the days after he contracted the lethal virus which includes children.

Since news surfaced of the possible 100 people who may have been exposed to Ebola, the scare left panicked parents reportedly pulling their children out of a Dallas area school as the details of who and where the disease might strike were sketchy.

It was later revealed that the scare was at a Dallas elementary school named L.L. Hotchkiss Elementary School where one of the students is believed to may have had contact possibly directly with Duncan or indirectly by other means.

Before Duncan was taken to the hospital, the Liberian national had reportedly been spotted outside a Dallas apartment complex vomiting as he was being transported to a vehicle.

A resident of the area claims Duncan’s family (who has also been quarantined) were screaming as Duncan was “throwing up all over the place.”

Since the first report of Ebola in the 1970’s, some 3,000 people have died in West Africa in the latest outbreak which so far is the largest outbreak since Ebola first appeared.