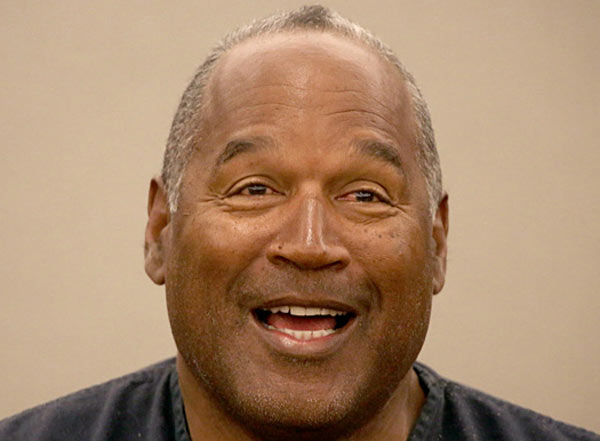 O.J Simpson has been granted parole, does this mean “The Juice” will be a free man released from jail soon?

The 66 year-old retired professional NFL player and actor was sentenced to 9 to 33 years after he claimed he was trying to retrieve his own property and memorabilia from dealers Alfred Beardsley and Bruce Fromong in 2008.

Simpson was charged with robbery, burglary, assault with a deadly weapon, kidnapping and other miscellaneous charges after a confrontation with the two dealers in a Las Vegas hotel room.

During an appearance before two parole panelist on last week, the former star athlete told the panel that he was the model inmate and had spoken with other inmates who had the same charge. According to O.J., the difference between him and other the inmates was that they were trying to steal someone else’s property and he was only trying to retrieve his property back.

Simpson still faces other charges which include (4) weapon related charges and (2) counts of assault with a deadly weapon.

O.J. Simpson has a chance at freedom as a Clark County judge is deciding whether Simpson should have another trial due to Simpson citing conflict of interest with his trial attorney over a ruined defense.