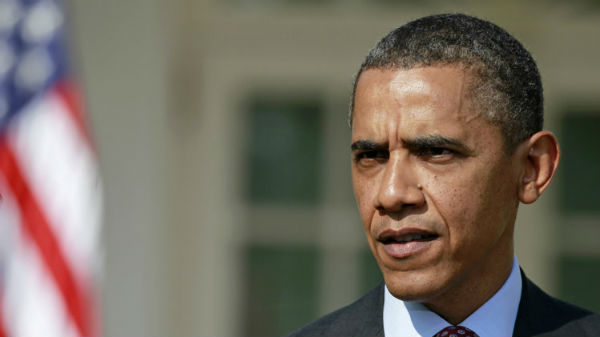 While many people are still reacting to the ‘not guilty’ verdict in the George Zimmerman trial on the shooting death of Trayvon Martin, President Barack Obama has released a statement on Sunday afternoon from The White House in response to the jury’s decision.

On yesterday (July 13), a jury of six woman found George Zimmerman ‘not guilty’ of second-degree murder and manslaughter in the shooting of Trayvon Martin.

Soon after, the reactions on the internet sparked as well as peaceful protests, which Barack Obama wants to encourage calling “for calm reflection from two parents who lost their young son” Trayvon Martin.

Read Obama’s Statement in full below:

“The death of Trayvon Martin was a tragedy. Not just for his family, or for any one community, but for America. I know this case has elicited strong passions. And in the wake of the verdict, I know those passions may be running even higher. But we are a nation of laws, and a jury has spoken. I now ask every American to respect the call for calm reflection from two parents who lost their young son. And as we do, we should ask ourselves if we’re doing all we can to widen the circle of compassion and understanding in our own communities. We should ask ourselves if we’re doing all we can to stem the tide of gun violence that claims too many lives across this country on a daily basis. We should ask ourselves, as individuals and as a society, how we can prevent future tragedies like this. As citizens, that’s a job for all of us. That’s the way to honor Trayvon Martin.”

Meanwhile, while Zimmerman has been acquitted of second-degree murder and manslaughter, others like the NAACP are seeking to have George Zimmerman brought up on federal charges by the Department of Justice on civil rights violations in the shooting of Trayvon Martin and for possible racial profiling linked to his death.