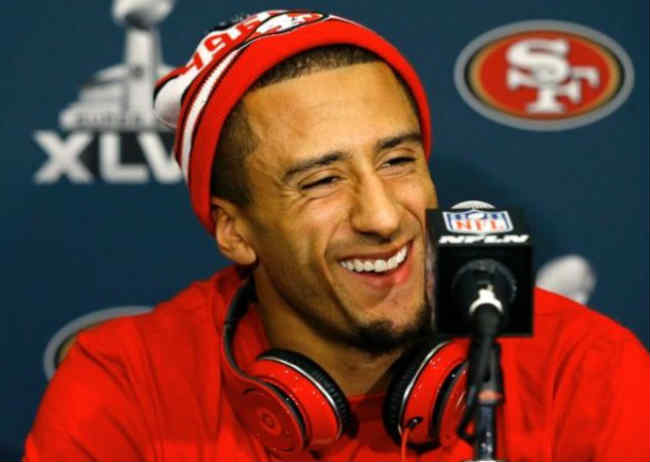 NFL players are still wearing the popular “Beats by Dre” headphones even though they were banned from cameras and players wearing them on cameras at the now Bose-sponsored NFL games.

It was not long ago that the NFL announced a new partnership deal with Bose, which forced them to put a ban on Beats headphones and NFL players wearing them on camera.

Players face up to a $10,000 fine like the one slapped on San Fransisco 49ers quarterback Colin Kaepernick after the paid Beats-endorsed player wore Beats by Dre headphones at a postgame press conference following the ban.

Kaepernick is not the only one so far, other players continue wearing their Beats by Dre headphones as well including Panthers quarterback Cam Newton as well as Beats-endorsed Seahawks’ Richard Sherman.

All the players are facing up to $10,000 in fines, but we’re sure with the salary NFL players earn including revenue from their Beats endorsements, they have a little money to throw around.