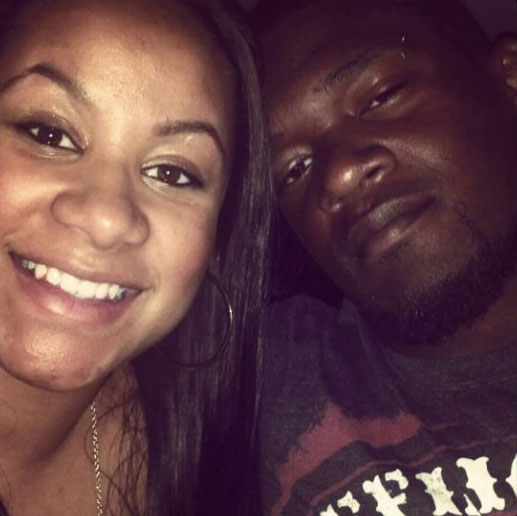 This past weekend marked a sad day in NFL history, as Kansas City Chiefs linebacker Jovan Belcher seemingly snapped and shot his girlfriend Kasandra Perkins, killing her and then turned the gun on himself and committed suicide. New details have emerged in the senseless murder-suicide investigation.

Early Saturday morning, Jovan Belcher shot himself at the Chiefs practice facility in Kansas City, after killing his girlfriend, also the mother of his newborn baby daughter.

Belcher, 25, allegedly shot Kasandra Perkins multiple times at their home before driving to the Chiefs facility where he would kill himself. The suicide was apparently witnessed by head coach Romeo Crennel and general manager Scott Pioli, whom Belcher reportedly thanked earlier for everything they had done for him.

“I came here to tell you thank you,” Belcher reportedly told Pioli, followed by asking to speak to Crennel and defensive coordinator Gary Gibbs, who apparently tried to talk the player down, but were unsuccessful.

Belcher’s family, who issued a statement to press expressing their sorrow for the loss of Jovan and Kasandra and their prayers to the Perkins’ family, claims Jovan was overjoyed when his girlfriend Kasandra gave birth to their daughter, Zoey.

New details however reveal that could possibly have been when trouble began brewing between the two, when their three-month-old daughter, Zoey Michelle, was born.

A friend claims the two separated for awhile but got back together by Thanksgiving.

Reportedly, according to police reports, Belcher and Perkins allegedly began arguing about an hour before the deadly shooting of Kasandra, which Belcher’s mother who was in the home at the time, allegedly witnessed and called the police afterwards.

In regards to the alleged argument, it was said to be over Kasandra arriving home late after attending a Trey Songz concert the evening before, which some reports are speculating Belcher was accusing Kasandra of cheating with the R&B singer Trey Songz.

Still, authorities have not confirmed a possible motive for the murder-suicide.

It is being reported that the 3-month-old Zoey will now be raised by Jovan’s mother in their native Long Island.