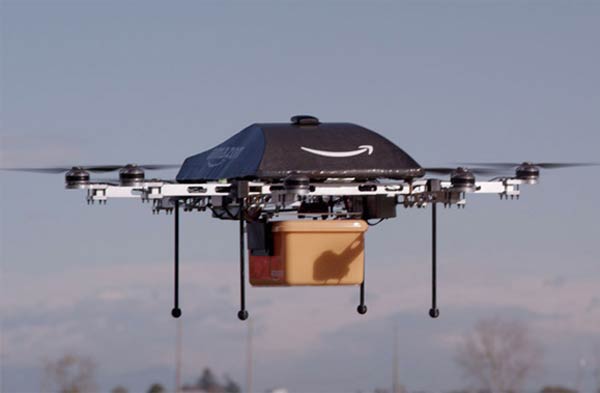 Amazon is looking to change the way deliveries are handled and make it speedier for customers who are Prime by delivering packages via drones.

The Amazon Prime Air has caused quite a bit of attention since it was revealed on 60 Minutes on Sunday, right in time for Cyber Monday, now delivery company UPS is revealing that it has been also researching drones for their usage.

According to Amazon’s CEO Jeff Bezos, the service could be running in as little as four years.

Meanwhile, Amazon says that they are waiting for the Federal Aviation Administration to come up with some rules and regulations for unmanned aerial vehicles in order to operate their special octocopters commercially, but it won’t be too soon.

The question is now, will the drones also be used to help assist the government as they travel urban/rural areas to deliver packages?

What are you thoughts on having drones deliver packages to your home? Watch the video.