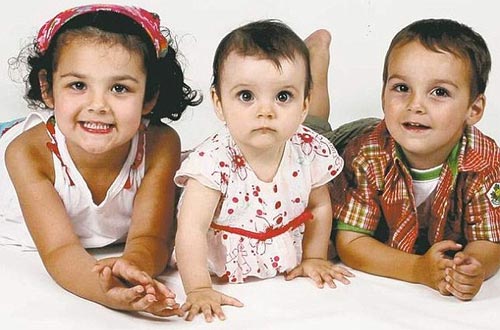 In Quebec, Sonia Blanchette, 33, feared losing custody of her three small children to their father so she decided, the worst, to murder all three of her own kids – Laurélie, 5, Loïc, 4, and Anaïs, 2 – while they stayed at her home on last week.

Patrick Desautels who had full custody of their children, was seen at their funeral trying to keep his composure as thousands showed up to give their respect and condolences.

Prior to the funeral which media wasn’t allowed to enter, Desautels thanked everyone who had banded together to help his family and him through the tragic moment.

“The pain we are experiencing is inexplicable,” stated Patrick Desautels.

According to reports, the three children had lived with their mother on the second floor of a duplex for the past two years, but in 2012 things changed. Patrick Desautels was granted custody of the children and Blanchette was only allowed to see her children for a few days every two weeks while their maternal grandmother was to supervise.

Sonia Blanchette was charged with three counts of first-degree and is currently pending a psychiatric evaluation.

Blanchette is due back in court on December 14th.