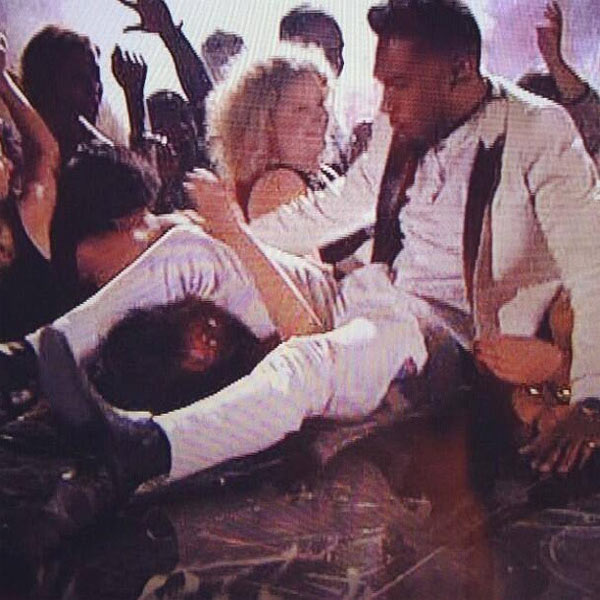 If you watched the 2013 Billboard Music Awards where singer Miguel was performing his single Adorn then you likely were either filled with shock, awkward laughter or disbelief at the singer’s failed stage jump, which landed him on two unsuspecting women on the floor near the stage.

Tweets and Facebook posts are running rampant over what happened.

How about #Miguel jumping and smashing that girl head!!And they just pushed her back real quick like nothing happened…lol!#Really

Lol #miguel #billboardmusicawards I died laughing! Haven’t laughed so hard in a while! So many jokes… instagram.com/p/ZhCSMmHhYk/

Nah son! #miguel took out 2 chicks with that move and kept singing…?????? instagram.com/p/ZhBcUgk0nC/

While many are shocked and filled with laughter, others were concerned about whether the singer checked on the women after the incident.

I want to know if the girl that #miguel landed on when he jumped the crowd is ok????? @billboard #BBMA anyone else see him smash her?

It seemed as though Miguel likely rehearsed the jump, but there was some type of miscalculation in his flying jump.

At the end of Miguel’s performance after the incident, it seemed that the performer had regret on his face and even appeared to have a tear in his eye.

Watch the video of Miguel’s failed jump at the 2013 Billboard Music Awards below: