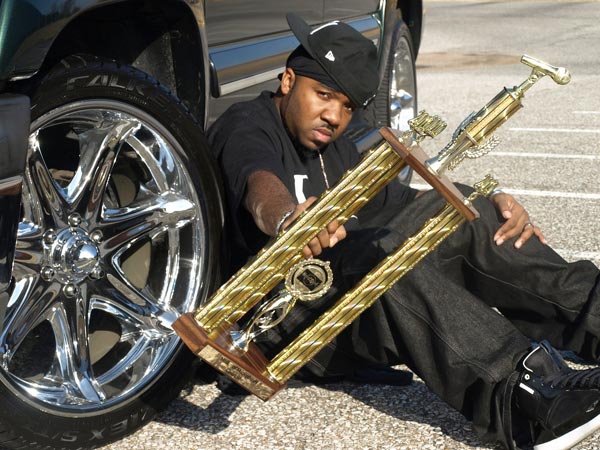 MemphisRap.com’s DeAnna Brown had the pleasure of catching up with Hard Rock Cafe Memphis’ Master Of The Microphones winner Foley in regards to his win and his interesting, to say the least, battle with one of rap’s best Kingpin Skinny Pimp.

When asked about his win and battle with rapper Skinny Pimp, Foley humbly replied “..it was all in fun that night” adding that he actually has “mad respect for Skinny Pimp,” but in a battle, quote “anyone in the building can get it!”

The rapper and television co-host of the new hip hop and urban television show “Street Scenes,” along with co-host Da Ladie, which airs on Fox 13, also speaks on his music career and some of the people who inspire him as a music producer and songwriter. 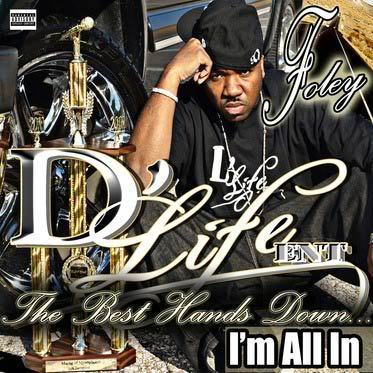 “In my music production and writing, the two that stick out most are Stevie Wonder and the late Michael Jackson,” Foley told MemphisRap.com in regards to his inspiration to produce and write adding that it’s “because of the impact most of their songs made”

As an artist though, Foley claims “DMX, Nas, & Eminem” are his influences because of quote “how real their stories are.”

Check out the full interview with rapper/songwriter/TV host and recently crowned “Master of the Microphones” winner Foley plus watch video footage of the actual battle between rapper Foley and Skinny Pimp below:

MemphisRap.com (DeAnna Brown): First of all, Congrats to you on your “Master of the Microphone” big win at Hard Rock! Your battle with Skinny Pimp was definitely the highlight of the night.

Foley: LOL! Yeah it was all in fun that night and I have mad respect for Skinny Pimp, but in a rap battle, anyone in the building can get it & well… Ya know what happened! LOL

MemphisRap.com: So how did you get started in the industry?

Foley: Well I got in the game as an R&B producer, singer and writer, I was 16 or 17 yrs old working with producers that produced for Al Green and other well known artist, so you might say I came in as a producer and switched over to an artist.

MemphisRap.com: Who are some of your influences?

Foley: In my music production and writing the 2 that stick out most are Stevie Wonder and the late Michael Jackson because of the impact most of their songs made, but as an artist I would have to say DMX, Nas, & Eminem because of how real their stories are and how they go all in on every track! But I’m slowly becoming an artist of songs which I guess means I’m becoming an all around artist not just a “Go Atcha” artist like my influences!! LOL!

MemphisRap.com: What are some new things that you’re working on this year?

Foley: Currently I’m preparing to release a lead single called “Superstar” and also complete 2 album/mix tapes one called “Sex, Drugs, & Rock~N~Roll” and of course another one titled “I’m All In” these are really my first projects to the public from me as a solo artist so I’m amp’d about it! And also I host the TV Show ‘Street Scenes’ that comes on Fox 13 every Friday Night @ 2am! Now every up & coming artist should be on this show it’s MAJOR! 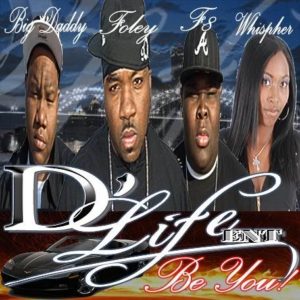 MemphisRap.com: Any artists you’re working with or trying to bring up with ya?

Foley: I could name a million artist, but I’ll keep it short, be on the look out for Whispher, Dre Star, F8, and J Kid! D’Life has some major jump offs coming I don’t think the city is ready for a group that goes all in like D’Life we all go hard!

MemphisRap.com: How would you describe your sound?

Foley: The sound is Unique, but not new, in music you can only be you and hope the people respond! Because to me that’s the biggest misunderstanding about sound is that you can be sounding like nobody else, if that was the case then you wouldn’t have any influences which means you fell out the sky with your sound ya dig, but you can sound “Unique” by just being you with just a twist of what you’ve grown up listening to. That’s what I am.

MemphisRap.com: So after you won your huge golden microphone trophy at Hard Rock and were titled “Master of the Microphone”, How did ya celebrate and where is that golden trophy on display?

Foley: LOL! Well ya know what! After that night, I took the trophy and the $300 I won in that last battle on stage to my parent’s house and I went home! I know very WACK right! But I’m not a “Ra-Ra” type of person, I handle my business and do what I need to do to let people know that I’m not playing in this game and then I’m back low-key like a midget locksmith promoting more and/or working on the next step! But when I do celebrate, I may blow a couple of hundred here and there, but I do that because I’m living, so it’s whenever, wherever, and however you might see me out doing that!!

MemphisRap.com: Where can someone get in contact with you to check you out or book you for any shows?

Foley: Simple! memphisrap.com/foley or just call 901-412-5128 and leave a message for me and we can go from there or email me foleydlife@gmail.com just put you’re nature of business in the subject line and I always respond!

MemphisRap.com: Anything you would like to tell your fans?

Foley: Yeah go to www.dlifeentertainment.com join our site follow me and let’s put Memphis in the same spot as the rest of these cities that propelled an artist into the mainstream! I’m truly feeling TRUE FANS but even those that don’t know who they like 1st just tell a friend to tell a friend to check me out