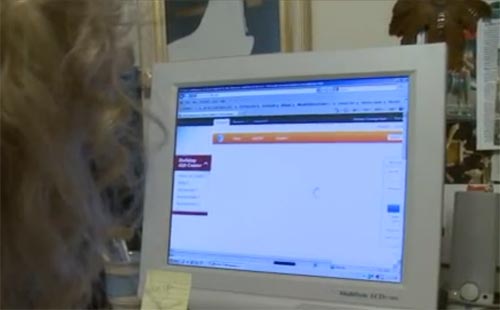 Susie Hite, who spoke with WREG News, claims that the pop-up appeared on her computer after she attempted to email someone at her church and suddenly a disgusting picture was displayed which she says gave her a migraine.

The story gets even more interesting for Hite who explained that next to the graphic picture was a little box where her picture would have been snapped and placed if she would have had a web cam. The good thing about it was that Hite didn’t have one.

Meanwhile, Bartlett police, who are considering it an isolated incident, are working with authorities to find out where the picture came from and who sent it.

Hite hopes that the person or people doing this will be caught for taking advantage of people monetarily during such tough times.

NOTE: Here are 5 things MemphisRap.com suggests you can do to make sure no one is spying on your webcam.

1) If you are on a router, make sure it is password protected.
2) Make sure you have a good Firewall software installed on your computer to prevent unauthorized access from the Internet.
3) Use a webcam with an LED. Most webcams have an led light on it and when it is connected it illuminates. Keep an eye on it. If it doesn’t illuminate while you are using it and it should, you may have a Trojan or it may just be malfunctioning. It is also wise to keep your webcam covered or better yet close it until you’re ready to use it. If you’re using an external one, just unplug it.
4) Make sure your computer is up-to-date and you have a good anti-virus software installed. Good free ones available include Avast, Avira, etc..
5) Scan your computer regularly for Trojans and Malware. And if you have an old OS with low storage space and memory, it may very well be time to update it.