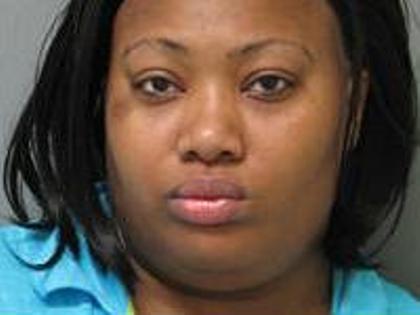 A  Memphis, TN woman throws baby at police during shop lifting attempt??!! WTF?! Memphis police have reportedly arrested Camilla Fields of Memphis, TN who they had been searching for Fields after she allegedly threw the baby as a weapon at a Wal-Mart employee or hired security guard or simply some shocked good Samaritan when trying to escape after her failed shoplifting attempt.

Again, Camilla Fields of Memphis, Tennessee, has been arrested and charged with felony child abuse and neglect and assault after using her two-month old baby nephew as a weapon on an early Wednesday afternoon at Wal-Mart on Austin Peay in Raleigh, where police say Fields was caught shoplifting.

The baby, who was seated in a carrier seat, fell to the concrete floor after being thrown by Fields and was reportedly knocked unconcious as Fields then ran from the store and fled in a blue Ford Escort, abandoning the baby and his mother, who was reportedly in the women’s restroom during the horrific incident.

The baby was transported to the local hospital, treated for any injuries, and later the family was questioned by child abuse investigators which reportedly led to the Stacey Cleaves, the mother, being charged with false reporting and child neglect.

Reportedly, other than the infant, there were fortunately no other injuires.