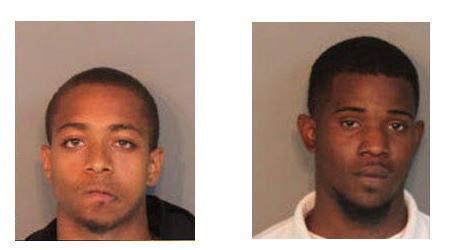 Craigmont High School in Memphis, TN was evacuated on Thursday after two makeshift bombs went off and sent everyone into a frenzy.

According to the school administration, a bomb threat was received around 11:30 am and after receiving the threat they heard a loud noise and saw smoke.

When firefighters and police arrived at the school they found two high pressured chemically-filled bottles with aluminum foil which is believed to have been blended with Drano clog remover. Although no one was physically injured, the school’s assistant principal, who suffers from asthma, was rushed to the hospital due to the smoke caused by the chemicals.

According to sources, the bombs where meant to have been a prank by a couple of seniors, which some students stated went overboard.

Since the incident, two teen students, Tarif Johnson and Leviticus Lacy, both 18, have been arrested for creating the two homemade bombs.

Johnson and Lacy have been charged with aggravated assault, felony reckless endangerment and possession of a prohibited weapon (felony) with a bond of $300,000 each.