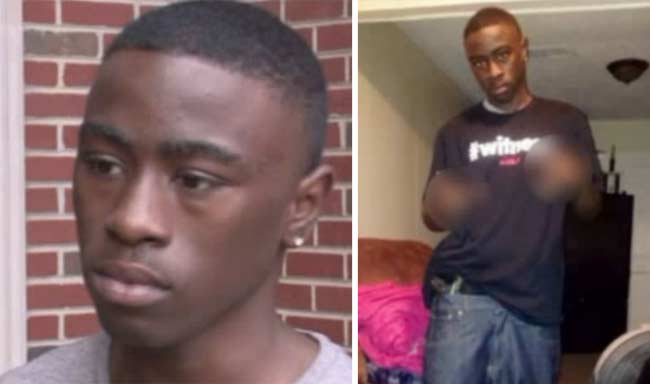 A Memphis teenager named Stanley Self, who was of the teenagers that was involved in the video mob attack at a local Kroger, has possibly gotten himself in trouble again with a Facebook photo.

The 15 year-old is currently under investigation again after a photo was seen on his Facebook page of the teen possibly posing in a picture with a gun in his pocket days before his court appearance.

If it is found that the teen took this picture following his plea deal for the September 6th Kroger attack, Self could find himself in deeper trouble than he already is.

It would surely be a violation of any probation and/or plea deal the teen made with authorities.

Currently, Self is on probation and sentenced to 40 days of community service as well as must adhere to a curfew and write an apology letter to the victims of the Kroger attack.

Meanwhile, police are investigating whether Self is the one in the photo and whether the gun was real as well as trying to determine if the photo was taken before or after the plea deal.