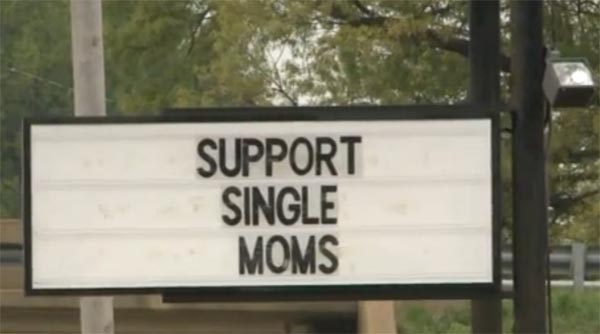 Memphis strip club, ‘The Pony,’ has stirred up controversy over a sign outside their gentlemen’s club that read “Support Single Moms.”

A group in Memphis called “Successful Single Moms Memphis” feels a sign “Support Single Moms” outside of a strip club is inappropriate and stereotypes single mothers.

The group also feels that the club is using a “marketing ploy” and it insinuates that single mothers should strip to feed their kids.

“Single mother’s aren’t all strippers,” one single mother by the name of Yolanda Gates says in a video tape by WREG adding, “I’m an educated single mother. I have a college degree.”

Nicole Gates, the executive director at “Successful Single Moms Memphis,” is also concerned that a sign “Support Single Moms” could also put the strippers at risk.

Nicole Gates is worried about what “message” the club is sending to men about the strippers who leave at all hours of the night and morning.

The sign, which was up for about a week, has since been removed and changed out, but that’s not to say that it won’t return.