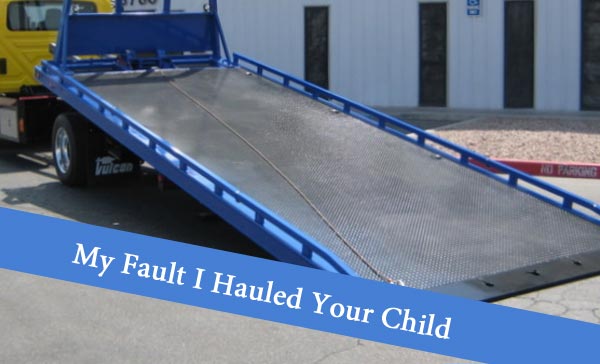 A repo man hauled off more than just a car while trying to repo it in the Westwood area of Memphis, TN – he hauled off the child too who was asleep in the backseat.

Apparently, the repo man didn’t look inside the car he was repossessing when, according to police, a woman’s reported stolen car with a child inside turned out to be the fault of the repo man.

Ruth Brown, the grandmother of the child, said after arriving home, her 4 year-old grandson – Kevin – was asleep in the backseat when she got out to take some things inside the home. After coming back outside, the car, with Kevin inside, had vanished.

The white Toyota Corolla was reported stolen but was later recovered with the child inside less than an hour later at Cooper & Son’s Auto Sales in the 2500 block of Elvis Presley Blvd.

The incident, while obviously a mistake, is still under investigation and the son was returned to the mother, Jerrica Leverson.