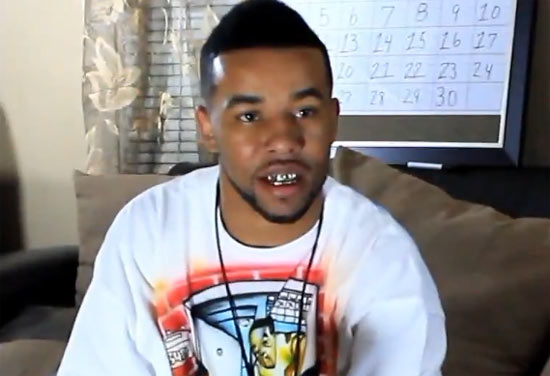 A Memphis rapper by the name of Yoyo Munie, is claiming that he is the ghostwriter for Three 6 Mafia’s member Juicy J and followers have taken to social media sites claiming that Munie is the man behind the hook for the hit song “Bands A Make Her Dance” as well as the one behind Lil Wayne’s song Gun Walk, among other songs.

Reportedly, Yoyo Munie, got brought on by Juicy J following the release of his song “Bet Yo Bank Roll” three years ago which featured Juicy J on a guest verse.

The song began to get circulation and after that, it seems that Yoyo Munie went under the radar.

During this time Yoyo Munie did receive acknowledgement from Juicy J who sent out a few Twitter tweets through his account which included Juicy J mentioning that Munie’s song “Pumpin Weights” had been played on the radio back in 2011.

Fast forward, Yoyo Munie who spoke with Complex, claims that he has been writing for Juicy J for almost three years now and had an agreement with the rapper/producer who agreed to help ‘put him on’ in exchange for work.

Yoyo Munie went on to say Juicy J doesn’t owe him money and he has been waiting on him to put him out, but Juicy didn’t want to put him out.

“I keep doing songs for him, and he don’t want to give me no time,” Yoyo Munie is quoted as saying.

Yoyo Munie goes on to say that he is mad and Juicy J gets hooks from him and gives them to other people instead he is suppose to be getting put on.

It seems since Juicy J allegedly doesn’t want to put out Yoyo Munie, the rapper decided to release a mixtape entitled “Da B8” aka ‘Da Bait’ on last week.

Meanwhile, Juicy J’s camp is stating that the claim is not valid.