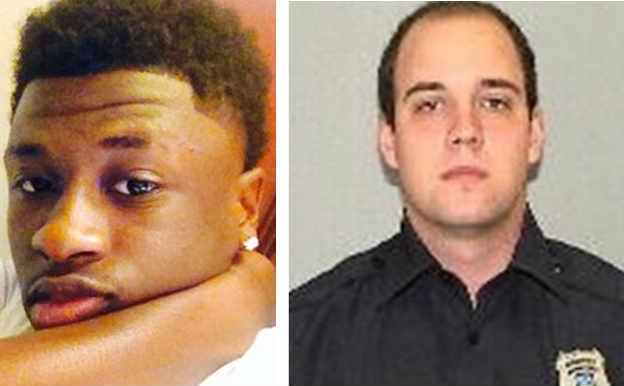 A Grand jury in Shelby County has declined to indict a Memphis police officer, Connor Schilling, 26, in the shooting death of Darrius Stewart, 19, a black unarmed teen that was shot during a traffic stop.

After a 600 page investigative report was complied by the TBI that was turned over to Shelby County District Attorney General Amy Weirich’s office, a Shelby County grand jury has now made its decision on the case of Darrius Stewart vs Connor Schilling.

On Tuesday, the grand jury refused to charge Schilling for voluntary manslaughter and employment of a firearm during the commission of a dangerous felony, according to Weirich.

According to Weirich, since the jury decided not to charge Schilling, there can no longer be a criminal charge for the case.

Following Weirich’s news briefing, the NAACP along with United Against Violence 901 coalition held a press conference to address the public on how Stewart’s family felt about the situation and the community at large regarding the unfortunate news which left a young man dead because of a traffic stop.

“There was no criminal activity taking place, there were no concealed weapons… there was a young man riding in the backseat of a car…,” stated Rev. Keith Norman.

According to police who back on July 17 pulled over Stewart’s roommate’s automobile for a headlight violation, Stewart, 19, who was a passenger in the vehicle, allegedly attacked the officer when he tried to handcuff him.

Officer Schilling reportedly tried to verify two warrants filed on a person named Darius Stewart that was listed for Iowa and Illinois. Meanwhile, Stewart was placed him in the officer’s squad car. Police state that Schilling allegedly went to open the door to handcuff Stewart and Stewart allegedly kicked the door and took off while striking him with the handcuffs.

The two [Schilling and Stewart] tussled while on the ground before the shooting took place which the aftermath was captured on video.