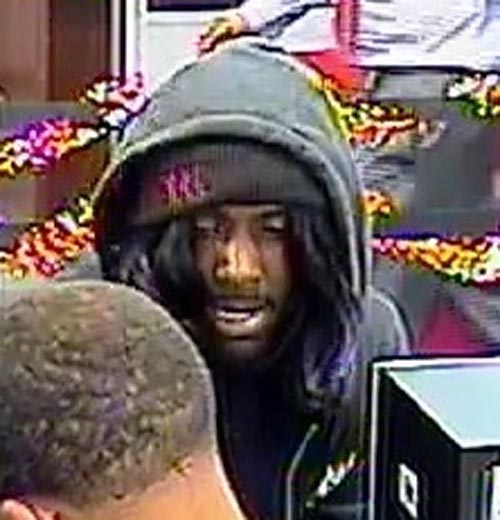 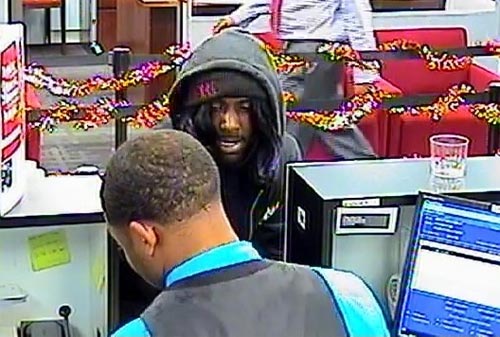 Man dressed what is believed to be a woman’s wig decides to rob a Bank of America in Raleigh and gets away with an undisclosed amount of cash.

As the end of year holidays approach, criminals are coming up with clever ways to rob – or should we say not so clever. One Memphis man who is believed to be in his late twenties or early thirties, decided to rob a Bank of America located in front of the Raleigh Springs Mall on Austin Peay Highway.

According to authorities, on December 4, 2012, a man walked in the banking center posing as a customer. Once the suspect got to the bank teller, he demanded cash and then ran out with an undisclosed amount to the back of the building as a get away driver waited for him in a gold Honda Civic.

The robbery suspect, who wore what looks to be a woman’s wig or permed hair can be seen in the screenshot captured by surveillance camera’s sporting a black knit cap and hoodie. The suspect is stated to be standing 5’10 and 200 lbs.

The second suspect who drove the get away car is unknown, but police are asking if anyone has information to contact 901-528-CASH.