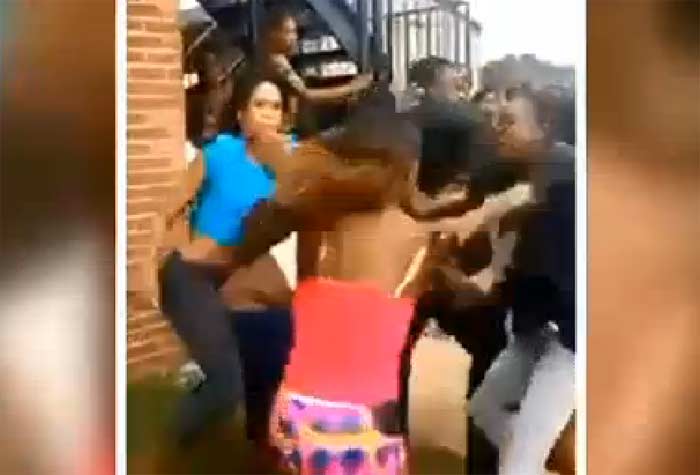 A video of a vicious mob attack outside Clementine Rd apartment complex Warren Apartments in Memphis has been circulating over social media site Facebook leading now to a police investigation.

According to sources, police are investigating in order to identify individuals participating in a large group of fights seen in the video.

As seen in the videotaped brawl, multiple fights were occurring at the same time within the large group of people.

One fight shows a woman being stomped and kicked on the ground while another woman is seen being hit by multiple people as another group fight shows a group of men beating various people carrying what looks to be sticks, maybe bats and pipes.

The grandmother Taticia Smith describes being in a wheelchair with around one-hundred or more people fighting amidst the chaos going on around her.

Her daughter, Earlene Smith, told media that even her 7 month-old son was injured after he fell out of her arms to the ground during the chaos.

So far no arrests have been announced and police are asking for anyone with information to contact Crime Stoppers at 901-528-CASH.