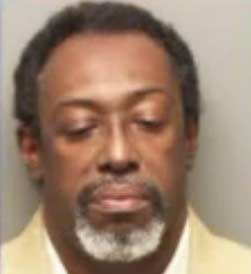 A self-proclaimed Memphis pastor, Isaac Burnett, must not have read the Bible verse Psalm 37:21 because now he is a wanted man for writing bad checks.

Isaac Burnett is accused of writing checks for not one car but two cars that he drove off with.

Isaac Burnett and a woman wrote a $7K check for a 2008 Escalade in 2011 at the family owned and operated business, Bud Davis Cadillac, and drove off the lot possibly knowing they didn’t have the cash in the bank.

Bud Davis Cadillac wasn’t the only lot that Burnett happened to take advantage of. Burnett also did the same exact thing to another dealership and drove off with a 2011 Chevrolet Camero.

The check was returned to Bud Davis dealership for non-sufficient funds in the name of his Prayer Power of Faith Learning Center account.

Bud Davis Cadillac came up empty handed for two-and-half years and finally got the 2008 Escalade Burnett which Burnett had the chance to enjoy two years of luxury riding for free.

Now police are now looking for Isaac Burnett after he didn’t appear for court on July 29th.

Anyone with information pertaining to Isaac Burnett is asked to call crimestoppers at 901-528-CASH.