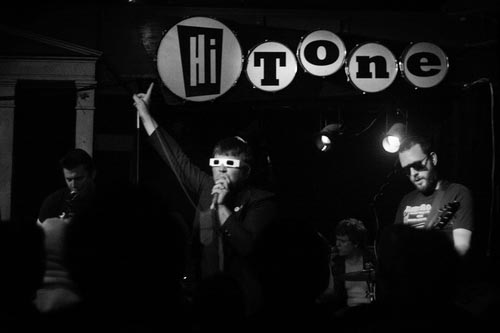 Memphis venue, Hi-Tone Cafe, most known for holding dozens of music events every month will be closing it’s doors. The news of Hi-Tone coming to an end came via an email announcement which was sent to employees on Monday.

According to the owner Jonathan Kiersky, Hi-Tone will be coming to an end in February of 2013 as he leans toward his booking company Ping Pong where he will still promote independent shows under the Hi-Tone heading at different venues throughout the city.

Kiersky sites lagging attendance, the rise in booking costs, his lease expiring and issues with the building as some of the contributing factors as for having to close the doors of the 400-people capacity venue.

Jonathan Kiersky says he did think about selling the business, but it would have taken several months and his decision was to decide now after enduring the slow Summer.

Hi-Tone was started in 1998 by Dave Lorrison and was sold to Kiersky in 2007. Hi-Tone has been home to annual events such as the Gonerfest and the Church Health Center’s “Rock for Love” benefit concerts, who will all have to find new places to call home.

Hi-Tone Cafe, which was once a dojo ran by Elvis Presley’s martial arts teacher Kang Rhee, who still owns the property, is set to close February 28, 2013.