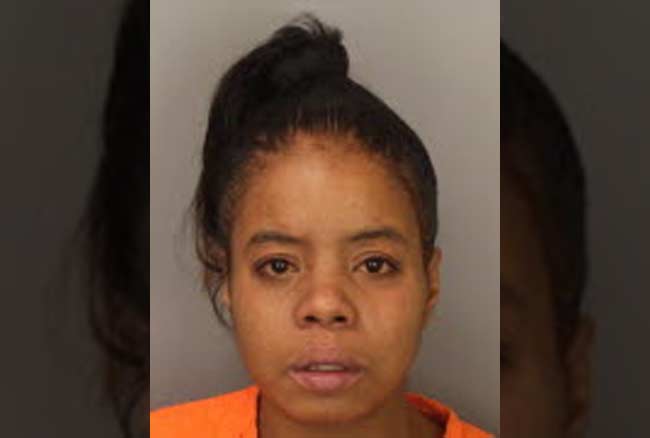 Police have arrested Erica Hampton after neighbors reportedly witnessed her trying to flip her child over a second story balcony while screaming ‘I’m going to kill you.’

William Clayton is one neighbor who says he witnessed the 12 year-old’s legs off of the ground as his mother Erica was attempting to throw him off of the balcony.

Other neighbors say they witnessed it as well as and stated the violent attack left the 12 year-old bleeding, screaming and crying for help.

Clayton, who spoke with WREG, says the shocking attack left everyone frozen but fortunately the 12 year-old was too heavy for Hampton to throw from the 2nd floor.

Still after the failed attempt to throw the child off the balcony, neighbors say the vicious attack continued as she attempted then to sling him down the flight of stairs.

Fortunately, the child broke free and Hampton was arrested after neighbors called police.

Hampton, 30, was charged with child abuse and neglect.

Although the crime sounds horrible, neighbors says her bond of $250 doesn’t match what they witnessed.

Erica Hampton is due in court on December 10th.