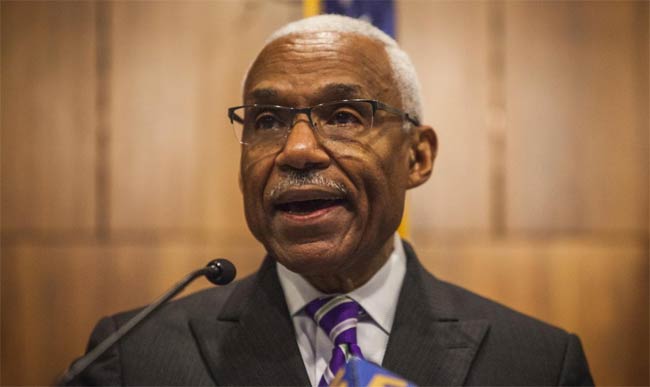 Following the killing of two innocent children, both young girls, one 7 year-old Kristen Williams and 15 year-old Cateria Stokes, both in what was believed to be drive-by shootings, the Memphis community including the Memphis Mayor A.C. Wharton have responded calling justice.

The 7 year-old Kristen Williams was reportedly playing in a driveway with other children when she was shot and killed back on Friday.

Just 8 hours before, 15 year-old Cateria Stokes was shot while sleeping in her home in her bedroom.

The Memphis Mayor as well as Memphis Police Director Toney Armstrong both released statements regarding the killings believed to have been by drive-by shootings which took place just 8 hours apart.

Wharton sent his heart out to the families of the children taken by the senseless killings and said his sadness and empathy are only matched by his anger.

Wharton referred to the children as “innocent souls” that were not out hanging with the wrong crowd and assured the family and everyone that they are working closely with the MPD and the DA’s office to bring the responsible parties to justice and slap them with the maximum sentence for their crimes.

Meanwhile, Armstrong called the killings “beyond tragic” and sent out his heart to the families as well and assured everyone in his statement that they (the MPD and the city) will do absolutely everything it takes within the law to bring the parties to justice.