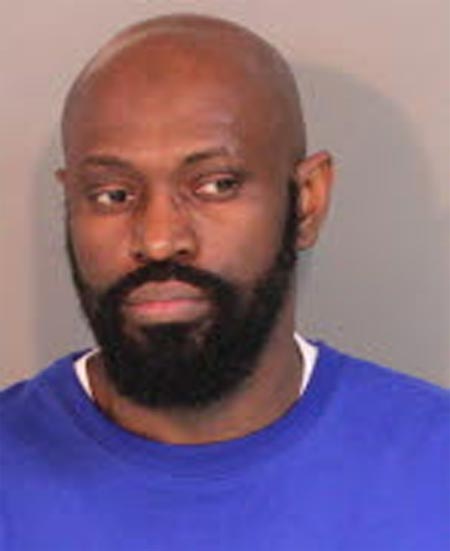 A Memphis man was arrested on late Friday after using a smartphone mobile app which makes a cellphone screen simulate a flashing police light.

While driving in a black SUV, which had Shelby County officer stickers on it through Whitehaven, Tony Newsom, 46, pulled over what he thought would be his potential victim.

Tony Newman, who may have been looking for his latest victim, ended up pulling over an actual Memphis police officer, who did a reversal on him by immediately arresting him.

According to WREG, the arrest happened in front of the Wal-Mart store in Whitehaven on Elvis Presley Blvd and the arrest had additional surprises which were all inside of Newman’s car.

Memphis police found in Newman’s car a gun, handcuffs, a MPD patch and the most surprising – a sex toy.

Newman was charged with criminal impersonation, illegal use of blue lights on a motor vehicle, improper display of registration and violation of the light law with a bond of $250, which he was shortly released on.

Tony Newman was given a court date for January 28 and is due back in court again on September 5, 2013.

Police advise women who are driving alone to drive to a well lit area, keep your doors locked, half roll your window and ask for identification. In addition, you also have the right to refuse to get out of your vehicle and to request for back-up if you are unsure if that person is an officer. If you have a mobile phone, you can also call 911 and state that you have been pulled over by a vehicle and are concerned for your safety and give your exact location.