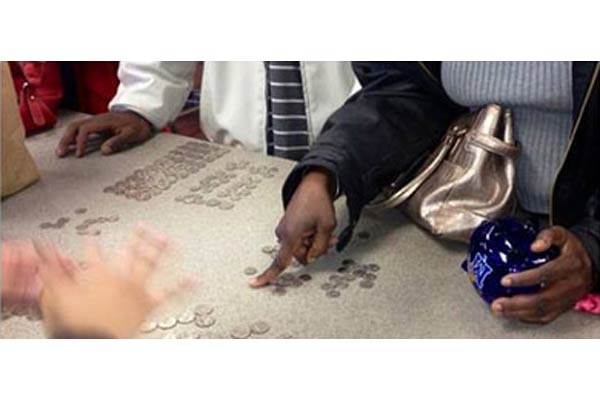 A picture is worth a thousand words and one Memphis liquor store has found that out after making a Facebook post which may have embarrassed a customer and likely embarrassed themselves.

Buster’s Liquors & Wines, located in the University of Memphis and Highland area, is facing backlash over a Facebook post of a customer making a large purchase with just coins.

Owner Josh Hammond is hoping his apology for the post will show that the store meant no harm and treats everybody with respect, reports WREG, who spoke with a couple of customers and got their opinion about the incident.

One customer, Jerome Pigues, says the post seems like they may have been trying to show that the customer was poor while Matt Owens says that the post was definitely not in the “best taste.”

A Buster’s employee posted the following on Facebook which has now been deleted. 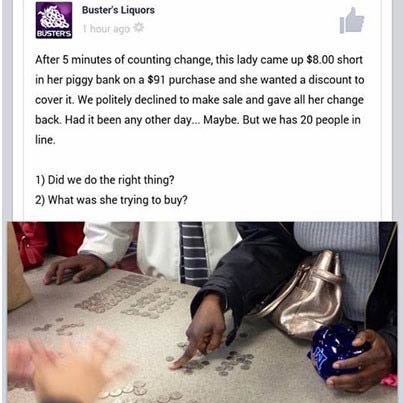 The customer was trying to make a $91 purchase who unfortunately ended up $8 dollars short so was turned of away after Buster’s said that it was such a busy day that they could not assist the customer further.